Your posts: To find your posts, click on My Topics directly above.

4 weeks 1 day ago 2 weeks 5 days ago by ZioGio. Reason: I either made assumptions or the addon functionality has changed.

Posts: 18
Less More
Thank you received: 2
Topic Author
General Buffs (edited/updated) #1
Before I write this up as a bug I wanted to make sure I'm not doing something wrong. Please see attached screen shot of my HealBot General Buffs frame.

Am I wrong in thinking that clicking on a white bar used to activate the buff, whether it was self, party or raid (group?)? It doesn't seem to do that anymore. When solo, clicking on the white bar casts whatever my left-click spell is. SmartCast has no effect.

Posts: 1634
Karma: 8
Less More
Thank you received: 361
General Buffs (edited/updated) #2
Does this happen all the time, such as while resting in a city/inn or is this intermittent, generally just before or after combat?

Posts: 18
Less More
Thank you received: 2
Topic Author
General Buffs (edited/updated) #3
It happens all the time. Resting in a city, prior to combat in a 5-man dungeon, and prior to combat in a raid. Just in case you need to replicate it, I attached the exports of my HB setup. Maybe you can tell from those why I also can't cast Rebirth (clicking the bar only targets the player, but clicking it again casts the left-click spell). That's both during and outside of combat.

Posts: 1634
Karma: 8
Less More
Thank you received: 361
General Buffs (edited/updated) #4
From your spells export it looks like you have the name RebirthRank6 - it should be Rebirth(Rank6)
The following user(s) said Thank You ZioGio

Posts: 18
Less More
Thank you received: 2
Topic Author
General Buffs (edited/updated) #5
I believe the General Buffs issue is resolved. I noticed under HealBot > Spells that even though SmartCast was selected, the Include Spells radio buttons were all unselected. I selected the Add Buffs and now clicking on the white bar casts the buff as expected (although it cast GofW as if I was in a party instead of MotW, which I had set for self after I took the screen shot, but I'm happy to test that out more fully later).

As for Rebirth, the RebirthRank6 was the name of the macro I made that just had /cast Rebirth(Rank 6). I was trying it out to see if selecting a macro for the spell under HealBot > Spells made a difference.

I also made sure the Resurrection radio button was selected under HealBot > Spells > SmartCast, but it didn't change the reported behavior when trying to use Rebirth from HealBot.

However, the original issue appears to be resolved and I'll create a separate thread for Rebirth so as not to muddy the waters.

Thanks, again, for your help!

Posts: 1634
Karma: 8
Less More
Thank you received: 361
General Buffs (edited/updated) #6
The next version will start from the top and work down, so in classic set MotW on self above GotW on Party or Raid.
Priest example I am testing right now. 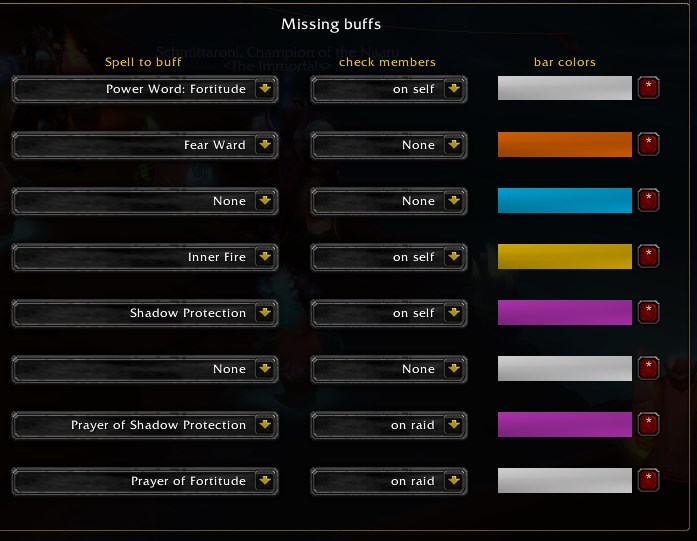 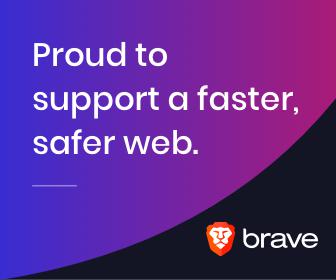